Cast and crew from the award-winning pilot film…

A Love Worth Fighting For explores complexities of human relationships between lovers, but also between soldiers: between comrades and opponents, and those in between.

And though it draws from the facts of the opening stages of The Great War, the film concentrates on the stories of just a handful of players in this epic conflict, highlighting the human element vividly and boldly.

The exchanges between characters are electrifying, and provide a terrific platform for showcasing some challenging and brilliant acting.

Where possible I am using the real nationalities of the characters, who speak in their mother tongues with English subtitles. I want to make it a truly international film. And it is - cast and crew are from a total of 21 countries.

In a war where casualties were measured in the thousands, even for small battles, the film seeks to remind us that each one of those deaths has a story connecting many other people, unseen, and unremembered on the headstones in the war cemeteries and on the war memorials.

This is just one of those stories.

Here are the characters… 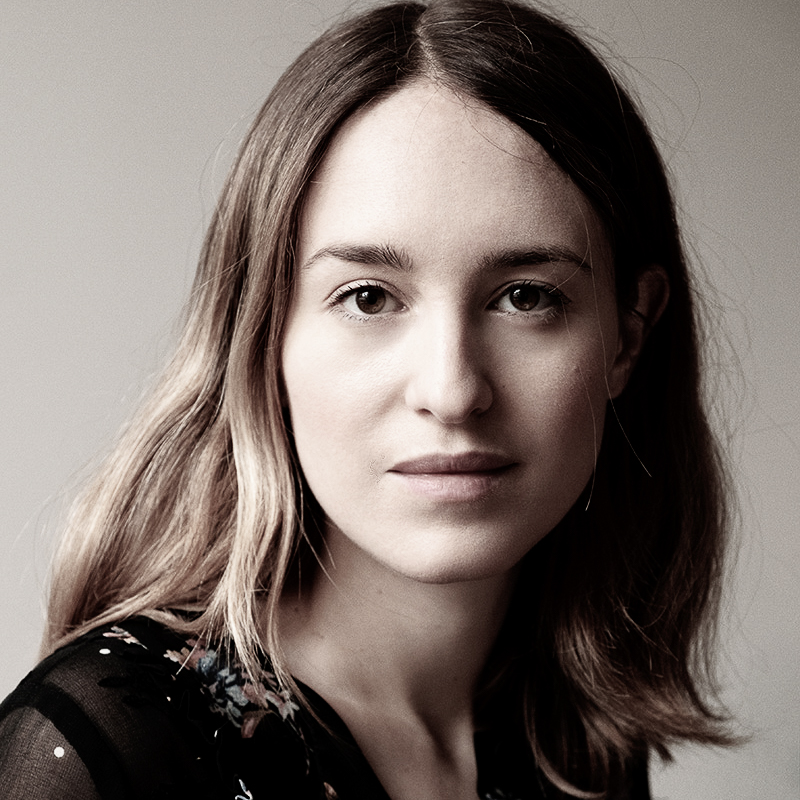 Françoise is a plucky and passionate French girl who lives in the path of the fighting armies. Julia Mugnier is a French actress who has acted in award-winning films and is best known for Tout ce que je porte (2020), Almost Charming (2013) and Lovers (2020). 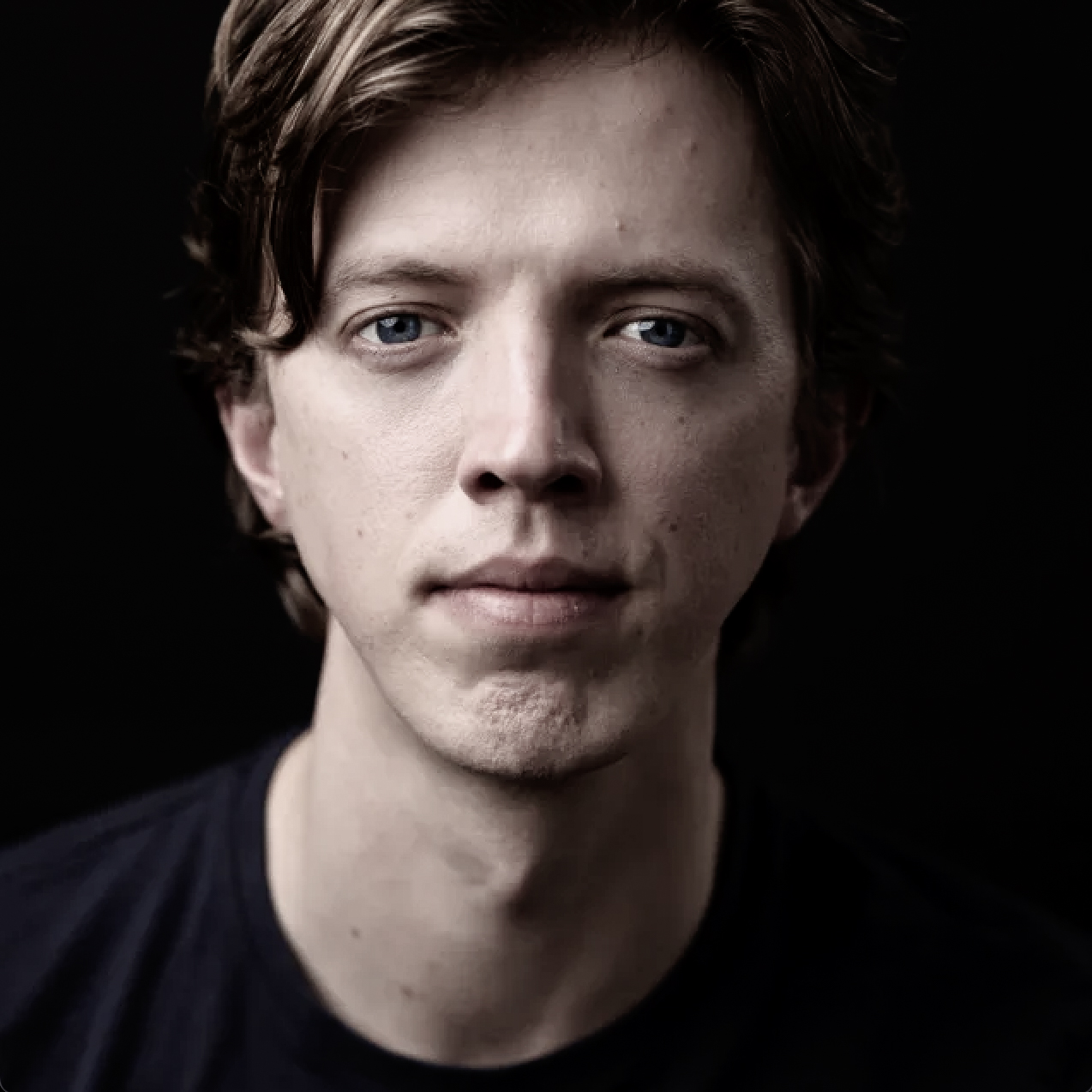 Arthur is an English officer who reluctantly leaves his home and family to fight in France. He is played by Eric Gravolin, an Australian actor who studied acting and filmmaking in Brisbane, and then the London Academy of Music and Dramatic Art. Recent roles include The Legend of the Five (2020), The Commons (2019) and Total Control (2019). 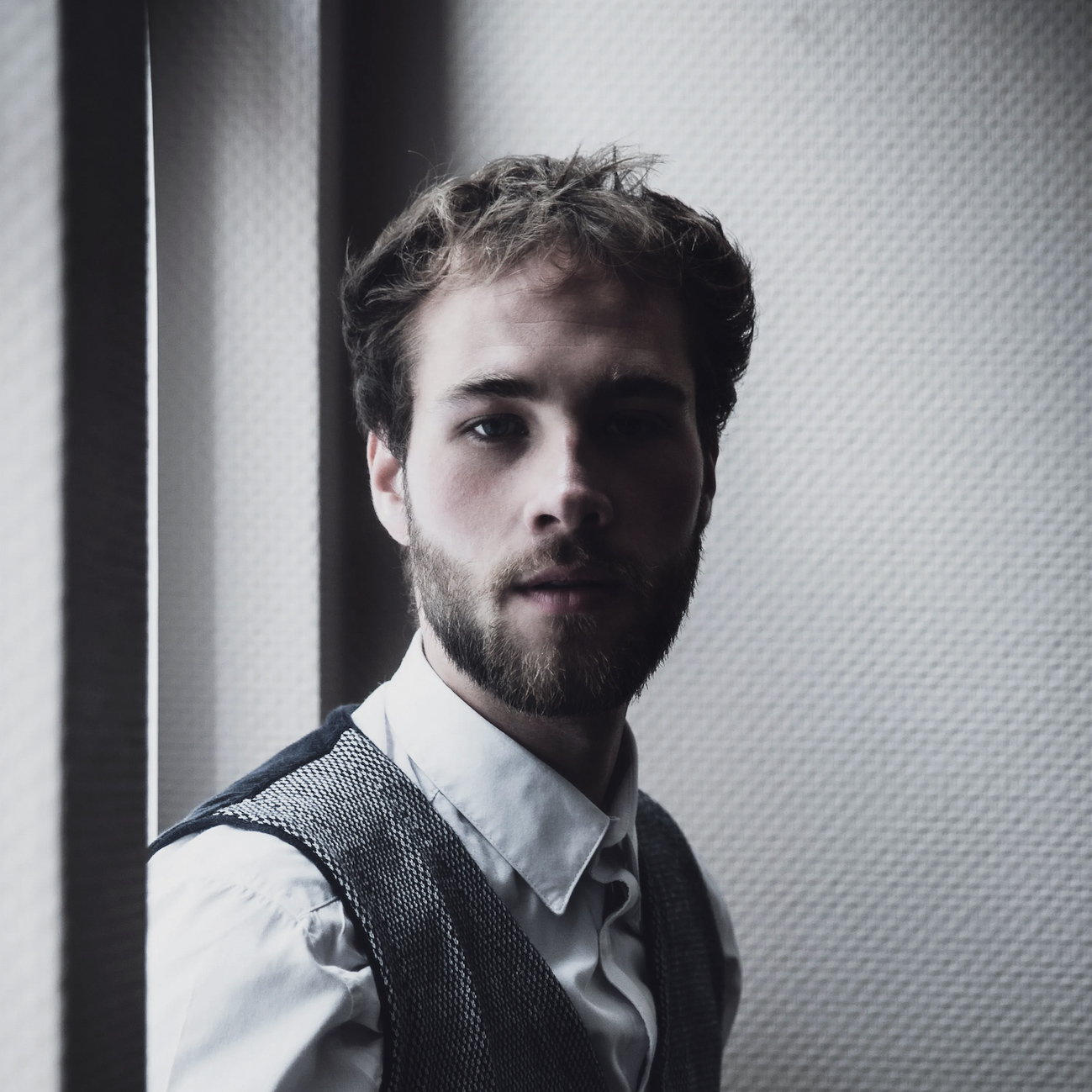 Heinrich is German soldier who is forced to leave his pregnant wife behind when sent off to fight in France. Flo Sohn is an actor and model from near Ulm in southern Germany. His enjoyment of acting grew from school days and further productions like Europides Zwangsstörung and Die Physiker followed. He is currently studying acting and filmmaking at the Max Reinhardt Seminar in Vienna. 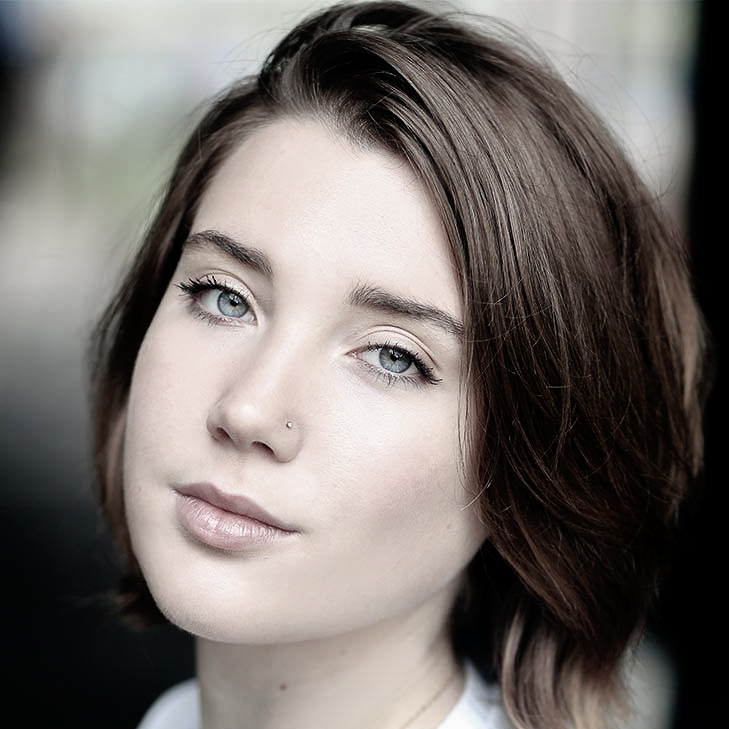 Molly is Arthur and Sarah’s maid, friend to their children, and possibly more...  She is played by Gaia Wise, known for A Walk in the Woods (2015) and Last Chance Harvey (2008). She is attached to A Book About Her and will star in Shooting Star (2022) 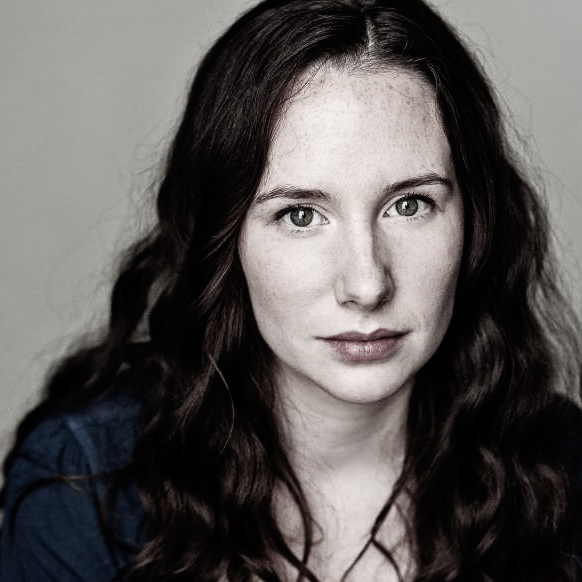 Sarah is Arthur’s wife and mother of Freddy and Christopher. Eloise Black is a film and stage actress who had the lead roles in The Package (2020) and The Problemless Anonymous (2017). She begins a role in Holby City soon. Eloise is a writer with projects in development with the BBC and MUBI. 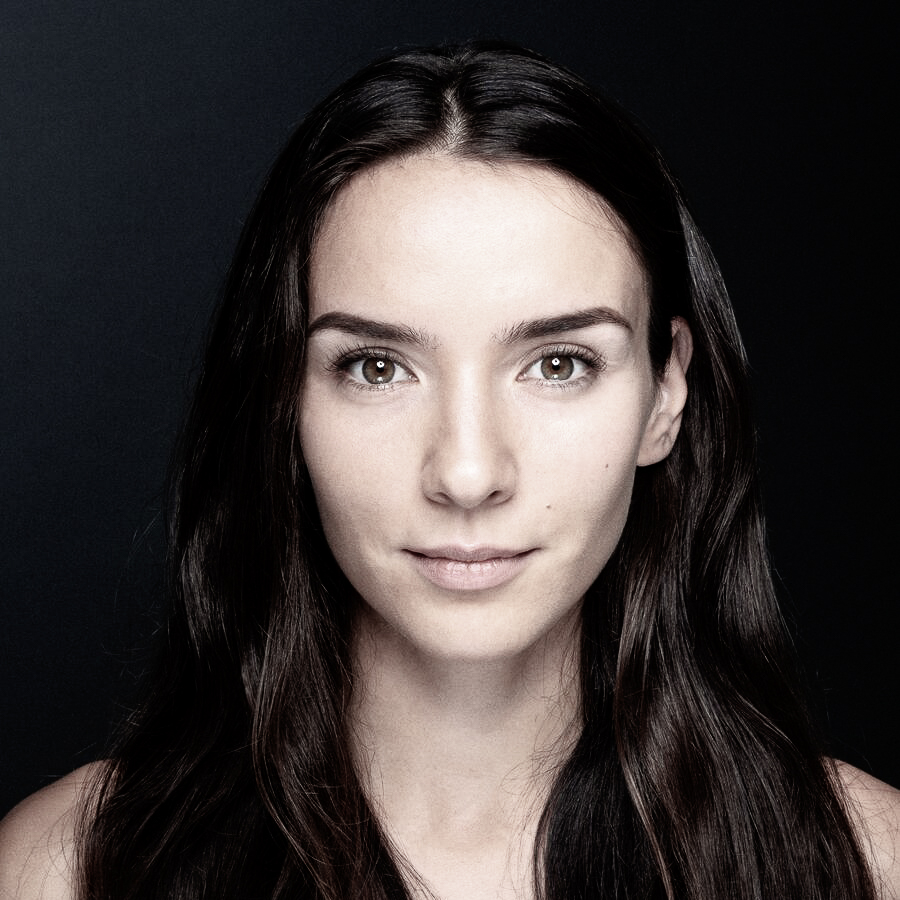 Anna is Heinrich’s pregnant wife who encourages him to go to war. Emilija Wellbrock is a German actress and writer and is known for League of Superheroes (2015), Violent Starr (2021) and Kartoffelsalat 3 - Das Musical (2020). 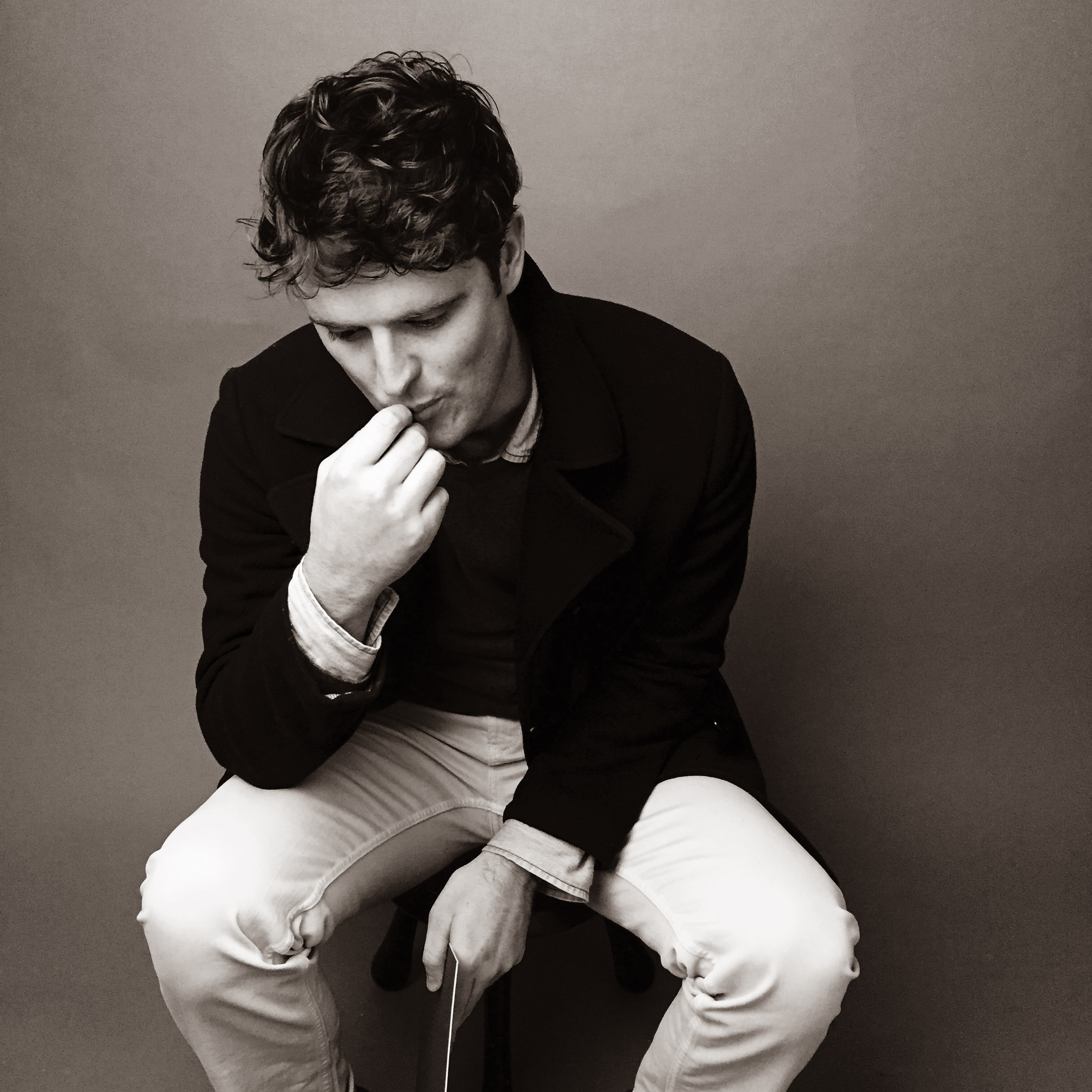 Mills is an English army captain who has the mutual respect and friendship of Arthur. James Dutton is a stage and film actor, known for a lead role in West-End production of The Wipers Times (2018), The Windsors (2016), Our World War (2014) and World War One Remembered (2014). 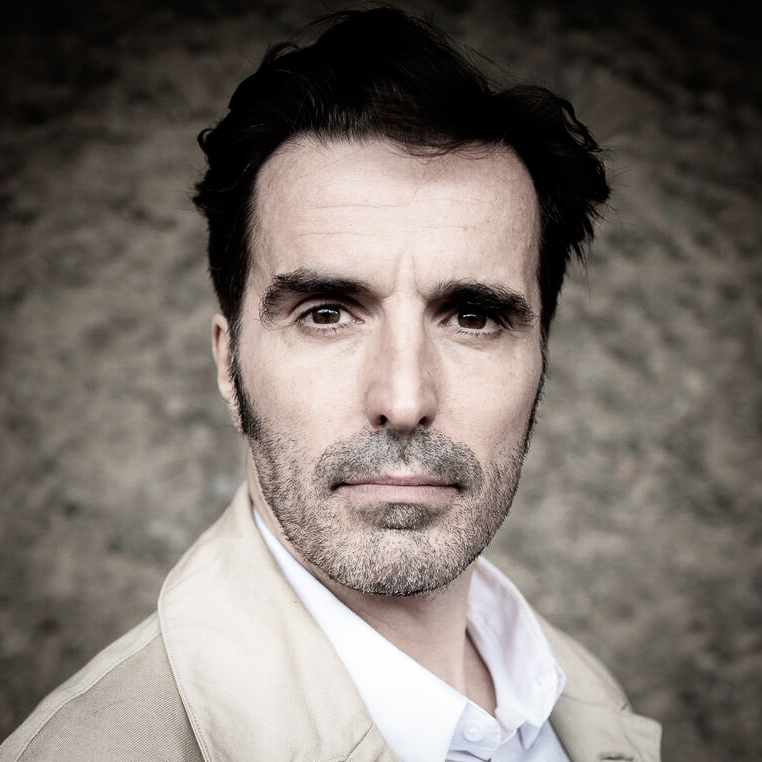 Company Sergeant Major Freeman is a professional soldier and a veteran of the Boer War. But does his experience count for anything? Guy Combes is an actor and comedian, known for Kill Ben Lyk (2018), This Could Happen to?You (2016), Heckle (2020) and The Rookie (2021). 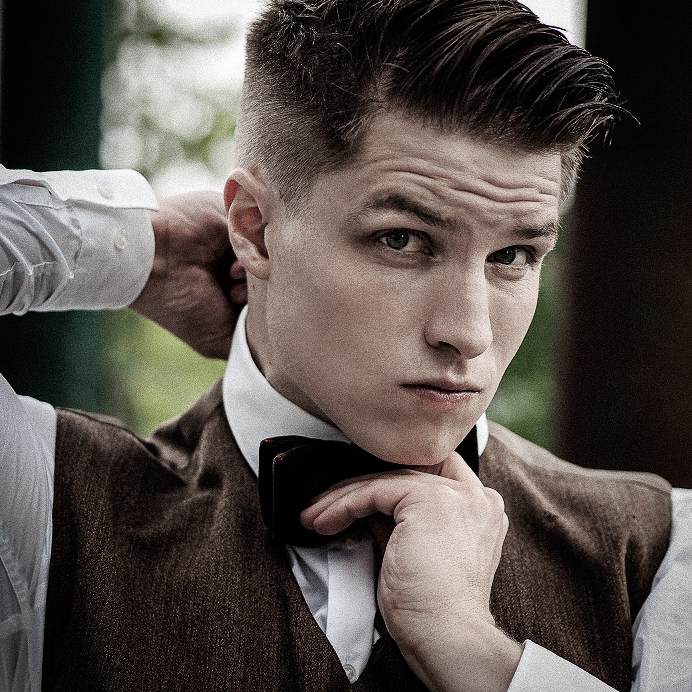 Lt Ziegler is professional but human. Tobi is from Gelsenkirchen, Germany. He studied journalism & PR, followed by a year abroad at college in Pennsylvania where he took his first acting classes, going on to study at Schauspielschule der Keller in Cologne. He then followed his heart and has worked as an actor since, including further study at Ivana Chubbuck Studio, LA and the Susan Batson Studio, NYC. As well as many theatre productions he appears on screen in Arboretum (2020) and Ein Starkes Team (2020). 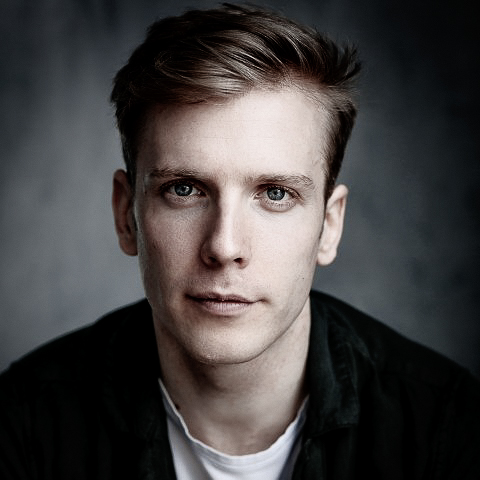 Johan has not yet gone to war and remains in Germany. Edward is an English actor known for his work on Netflix's The Crown. He has just finished filming a lead role in Reduced to Clear (2021) and Butterfly, Lost (2021). 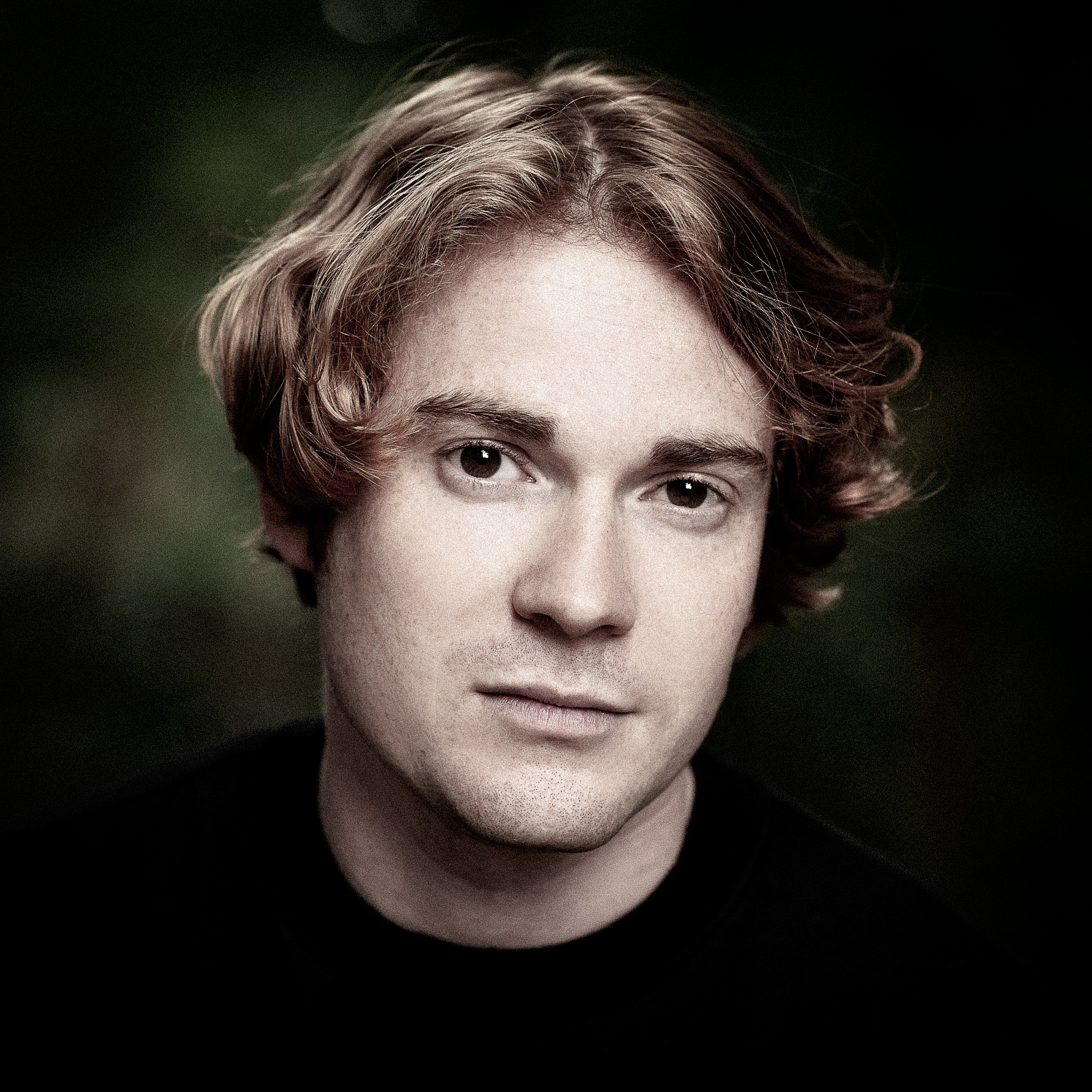 Chambers, an English postman, is both the bringer of love letters and other communications... Dominic Chambers is a film and stage actor, with recent roles in A Cracking Good Time (2021), Second Date (2021) Disco Inferno (2021) and The Proposal (2019). 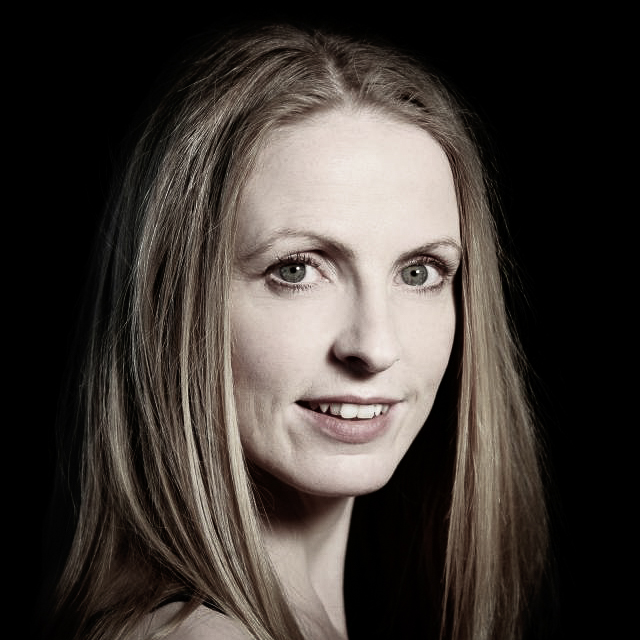 Madame Dubois is Françoise’s mother. She is initially uninterested in the fighting that descends on her world, but is swayed by Françoise’s indomitable spirit… Roisin Rae is a London based actor who went to primary school in Normandy. Film credits include Northern Paradigm and Alice in upcoming independent feature Dan & Alice. 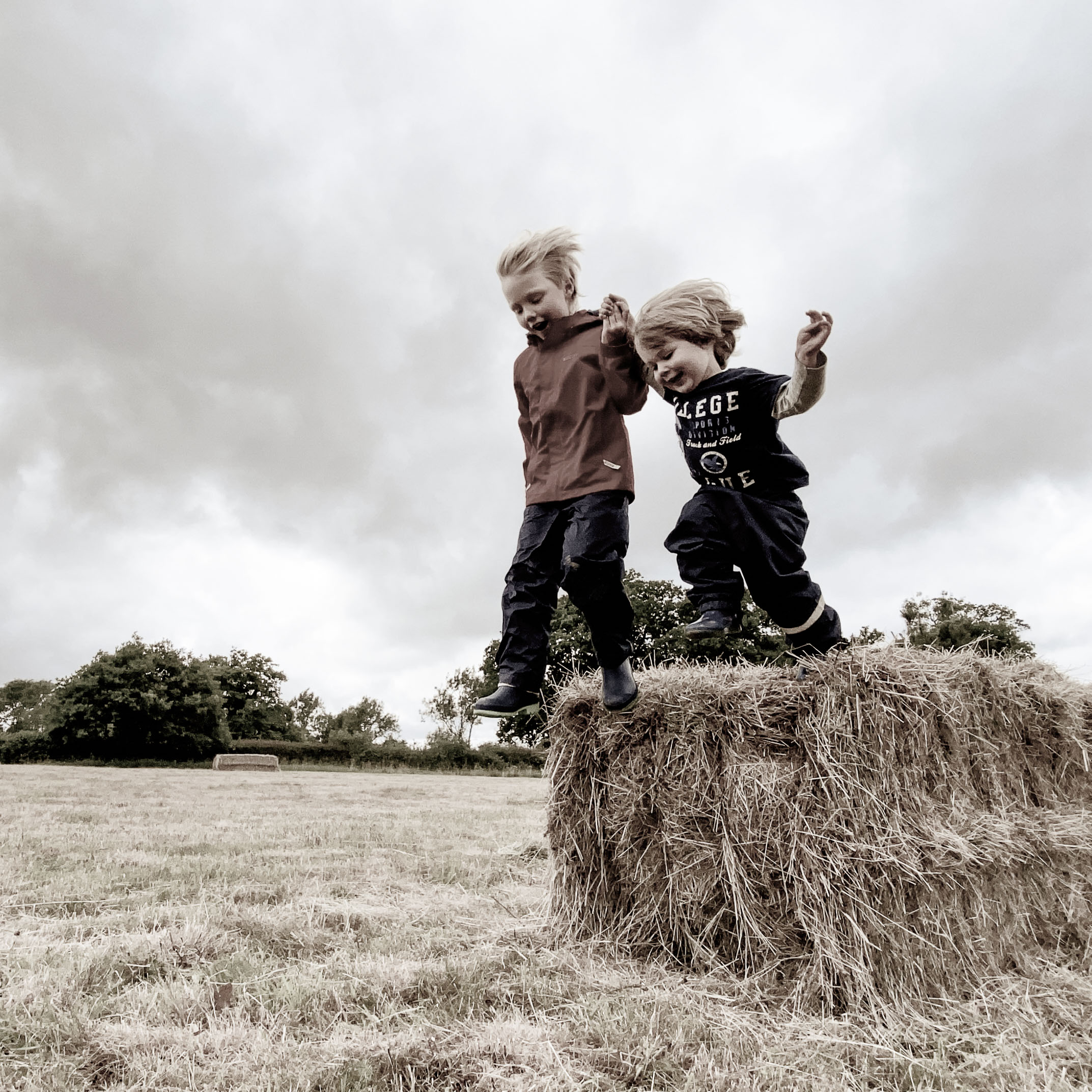 Freddy and Christopher are Arthur’s and Sarah’s children who are played Freddie and Kit respectively. They are brothers, photographic models and enjoy anything to do with steam trains. They perform live regularly and are looking forward to their film debuts. 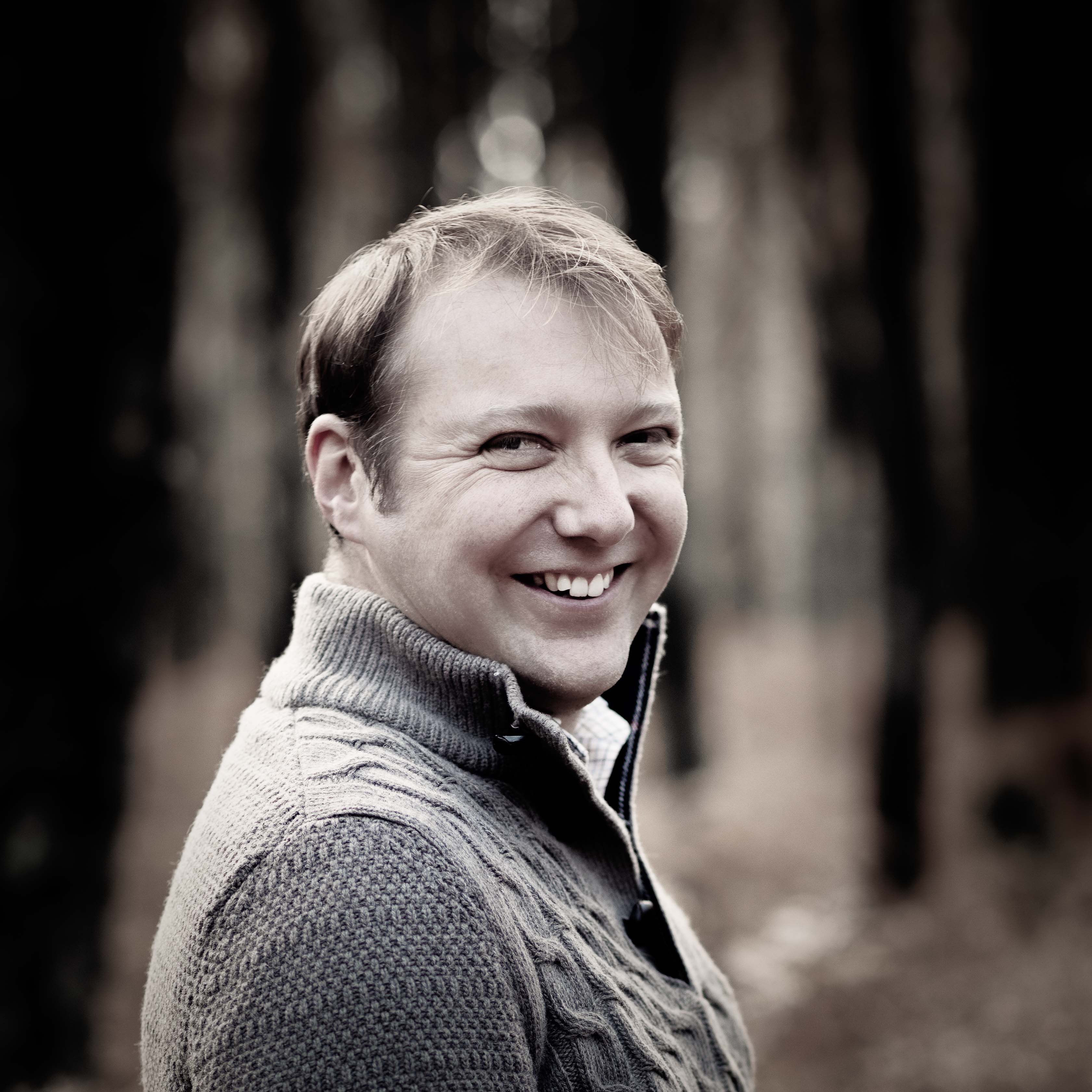 Toby is an Award-Winning screenwriter, director and producer.
‍
He has written ten feature film and television scripts, several of which are in
development/pre-production. Further projects are at script stage.
‍
Refugee Superstar, an epic TV drama series written and produced by Toby, has attracted an
A-list director and transatlantic attention, even in its development stages. His next feature
starts production in 2023.
‍
He runs his own production company, filmFOUNTAINE, and has established and is part-
owner of two other London-based production companies. 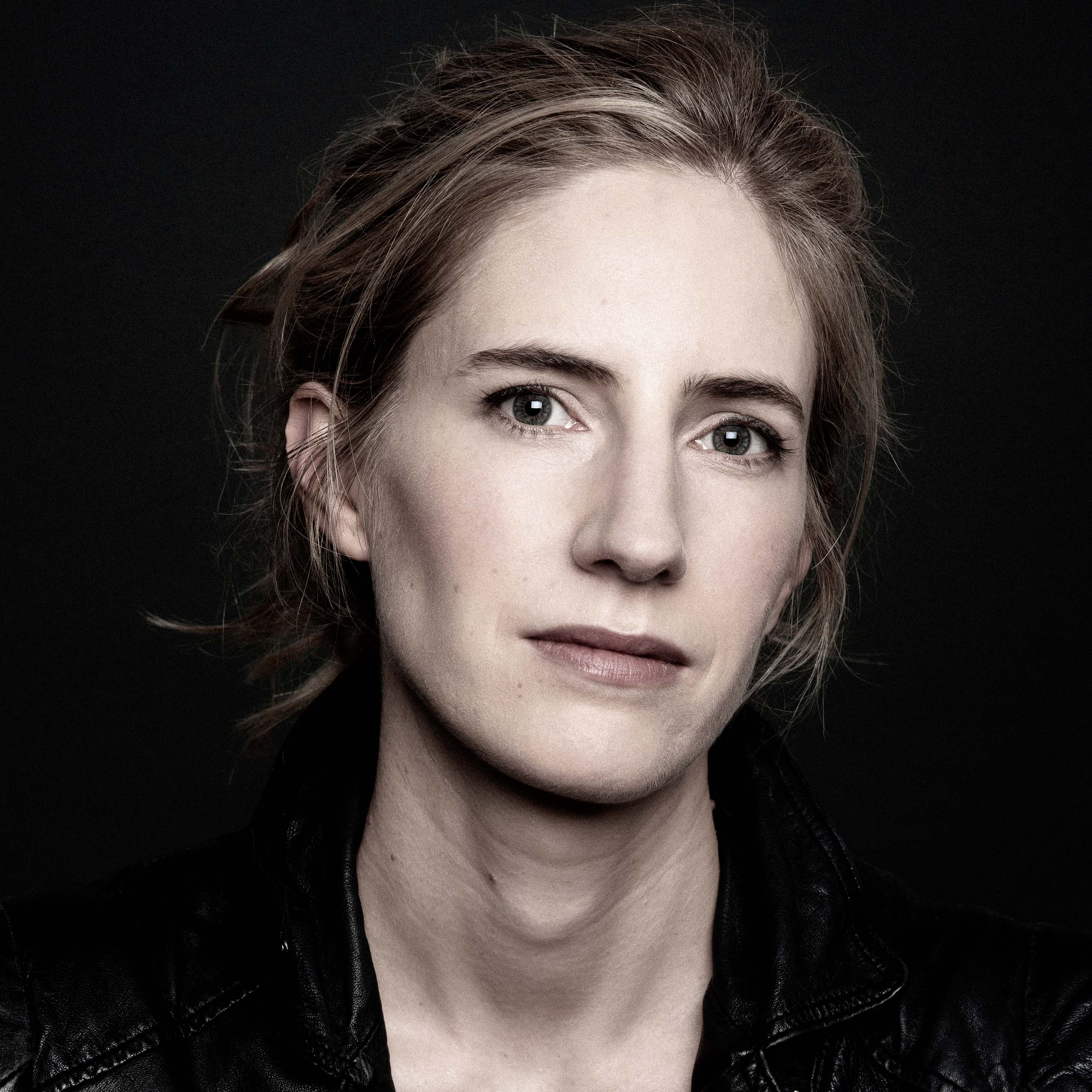 Sarah is an Award-Winning producer and actor.
‍
Formerly in the British Army, she is a published author of two books on medieval history.
With a lifelong interest in military history, she is currently writing a feature film adapted
from a World War II memoir. She is also developing a comedy series based on her
experiences in medieval academia.
‍
As an actor, her most recent projects We Choose To Go (2020), Silent World (2021) and You
Look Fine (2021) have been winning awards on the festival circuit over the last two years.
She is also a specialist in wild flower meadow restoration, and works with her father, the
renowned ecologist Charles Flower. 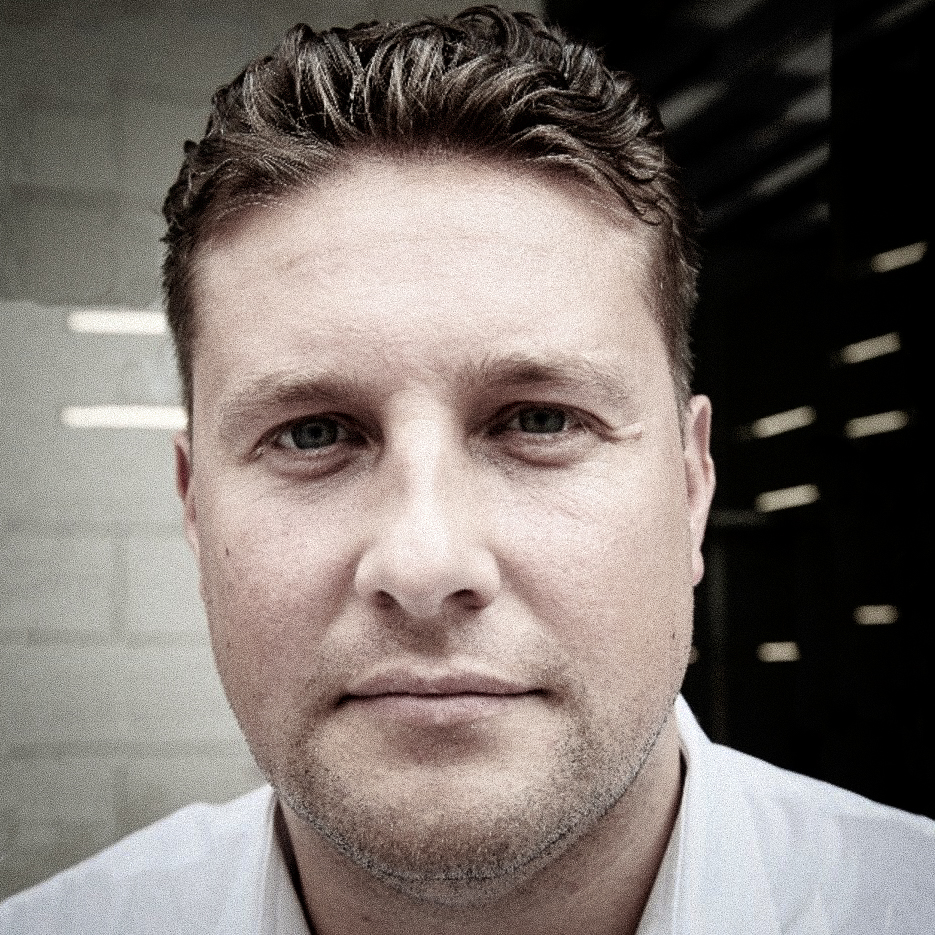 James is the creator and EP of the eagerly anticipated TV series The Contractor, written by Toby Fountaine. He is delighted to work with Toby again on A Love Worth Fighting For as he has a passion for Word War I history and love… James has spent most of his career in banking, specialising in Media and Green Energy. Since leaving banking in 2019, he has worked in the media space, raising money for film and TV projects, and supporting clients in delivering operational change. 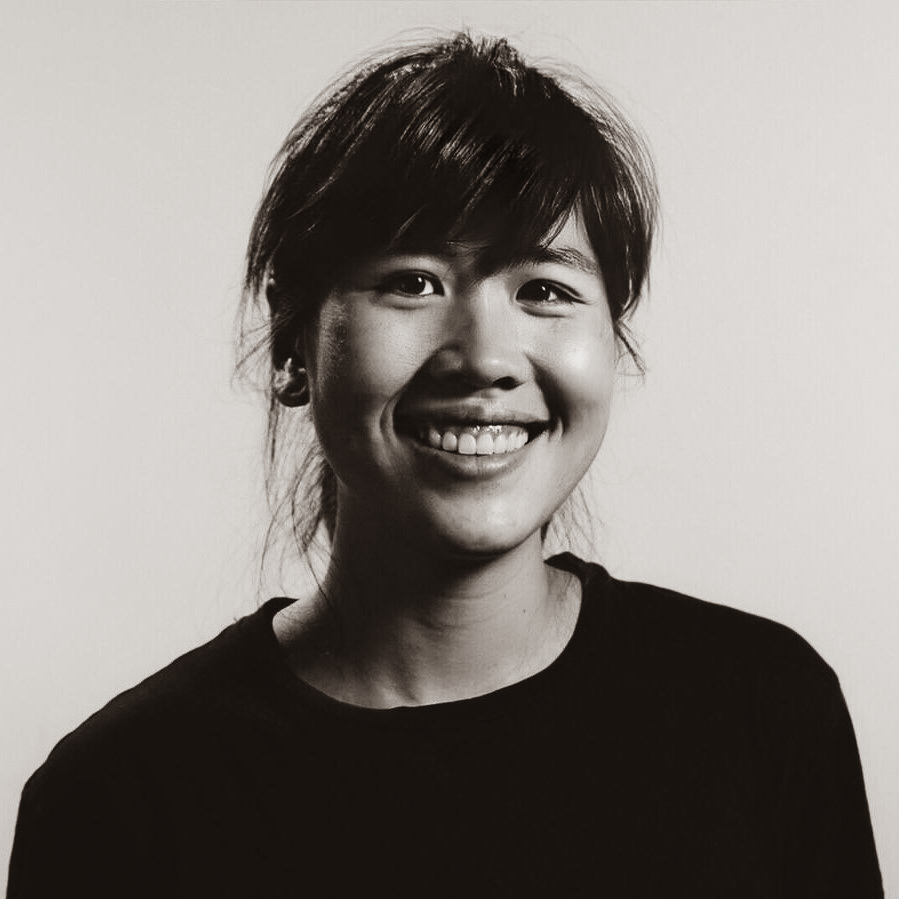 Hsien Yu Niu (Sunshine Niu) is a Taiwanese cinematographer based in London. She graduated from the London Film School as a Cinematographer, and won the outstanding cinematography student award sponsored by Panalux for the film Underneath shot in Hong Kong. Her film Maeve in the Dark (2021) was selected to the short film corner in the Cannes Film Festival 2021.

Before this, she graduated from the Department of Natural Resources and Environmental Studies at National Dong Hwa University. She was sponsored by the Forestry Bureau of Taiwan and the Ministry of Science and Technology, focusing on making films to explore the beauty of the relationship between human and the natural environment, a theme she is passionate about continuing in her cinematography. 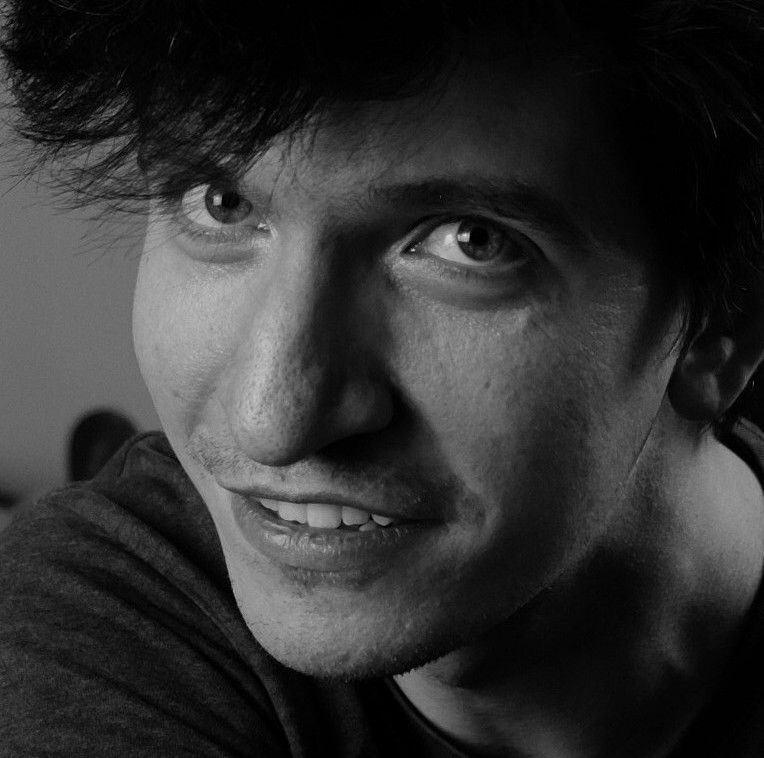 Alex graduated with a BA in Visual Arts at George Enescu Art University, Romania. He then worked on numerous film projects all over Europe before moving to London where he graduated as a Director of Photography from the London Film School. He is now based in London and works as a freelance cinematographer and camera operator which takes him on feature film and other film projects all over Europe and the world. 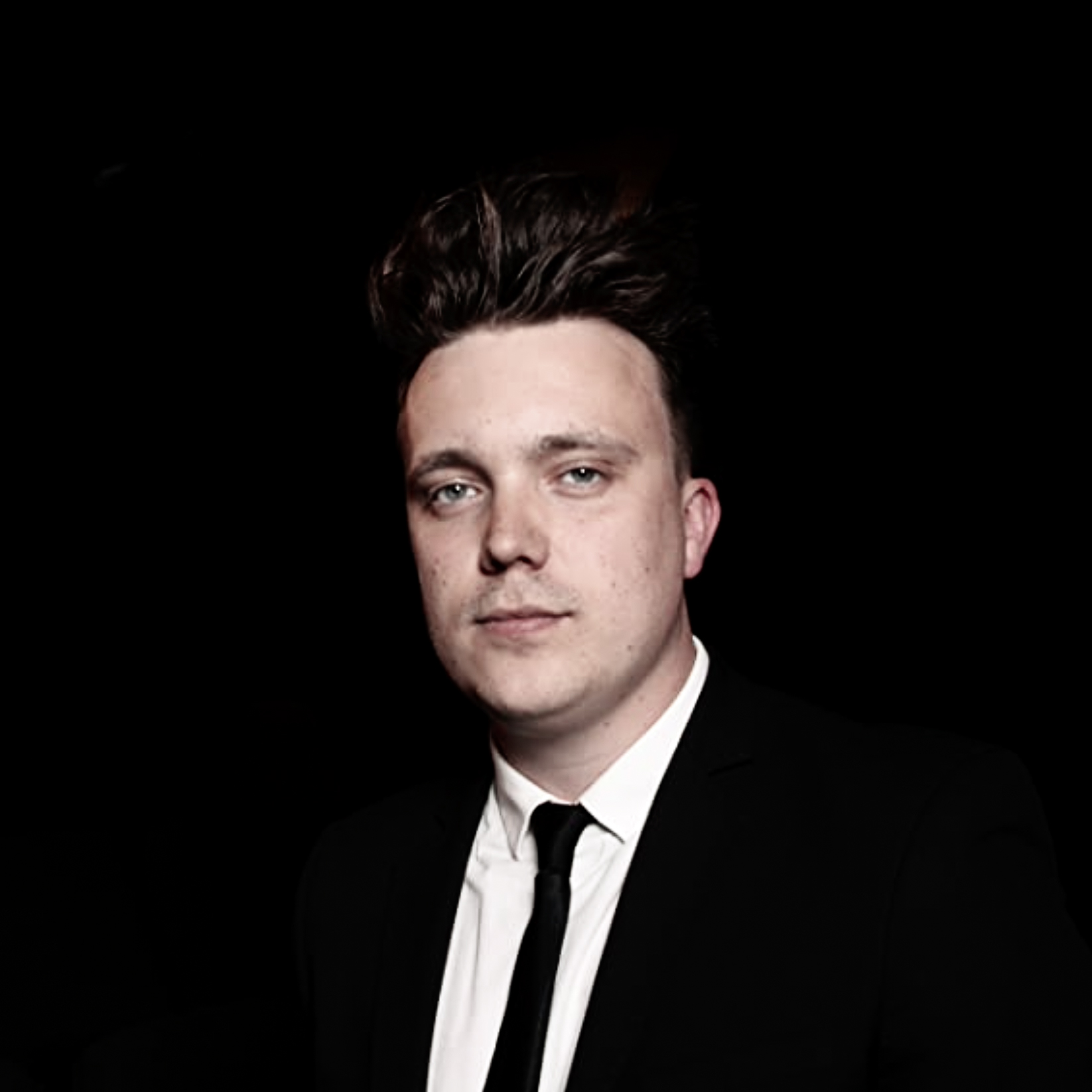 Tom is a film-maker and editor from southeast England, working globally. He dropped out of film school in Brighton and cut his teeth on a series of documentaries filmed all over the world. He then moved into music videos and commercials and made his first feature film Backtrack (2014) at the age of 24.

He has since directed, shot and edited four more feature films (with distribution through Netflix and Amazon), commercials and documentaries and is the founder of Substantial Films. 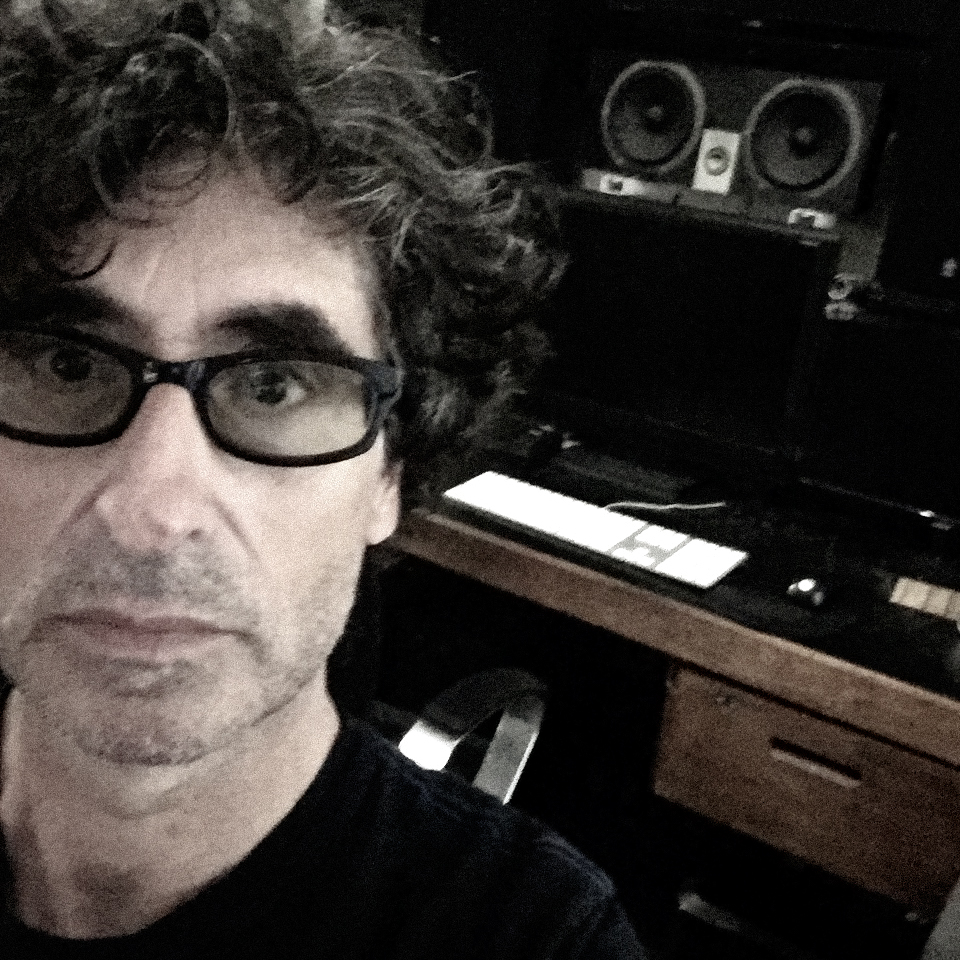 Dominique is a music mixing engineer and mastering engineer with credits spanning over three decades since starting Wolf Studios in 1984. He is also an experienced dialogue editor and dubbing mixer for feature films and documentaries. He has a BA (Hons) in Film & TV from the London School ofCommunication (1980). 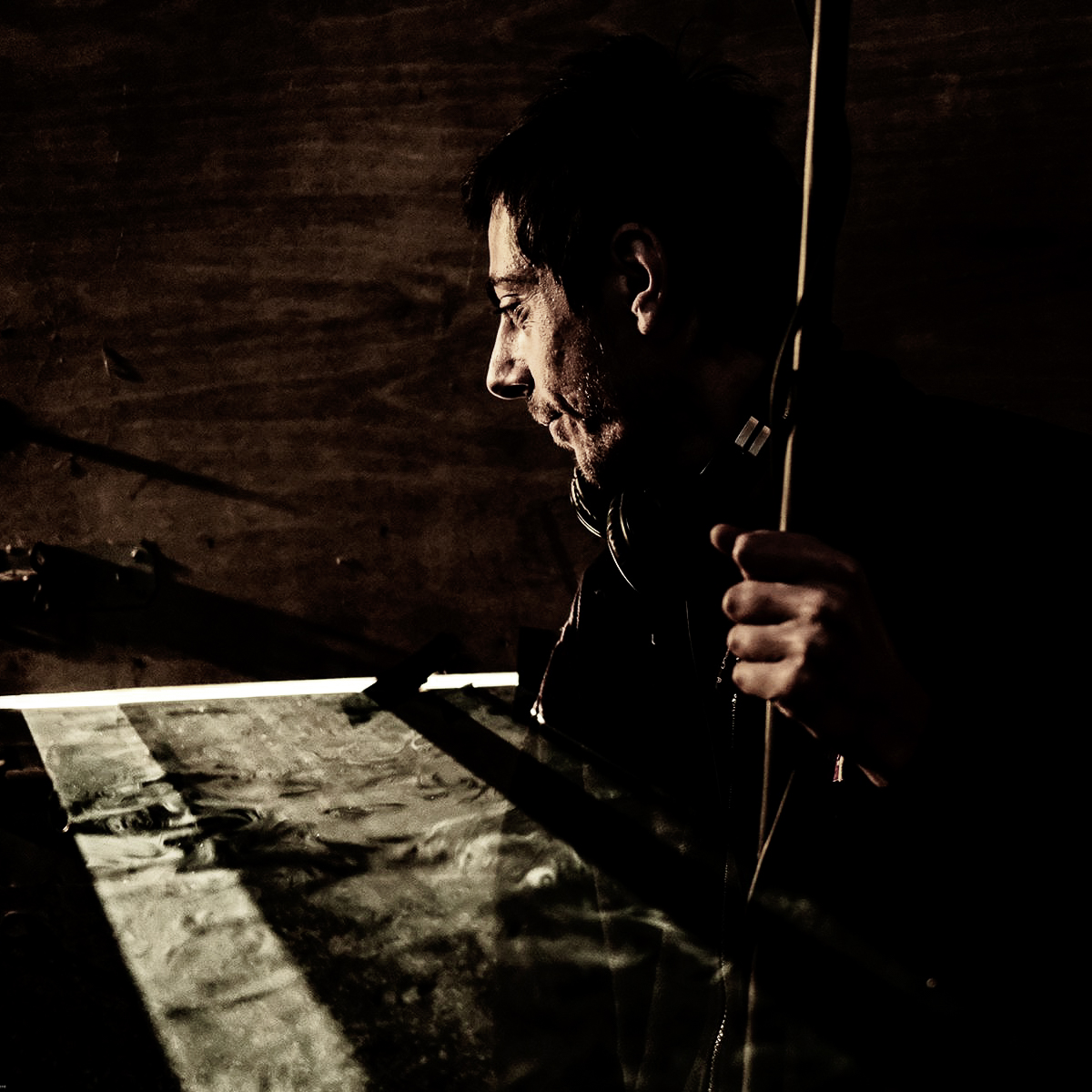 Born in London, Chris Stanley is a passionate Sound Recordist who specialises in capturing clear natural sound for Film & TV. Working in the UK and abroad, he has recorded choirs in Beirut, patients in surgery in a Newcastle hospital and presenters onboard a sailboat in the channel. In his spare time, he enjoys exploring other interests such as music, reading and getting inspired in nature. 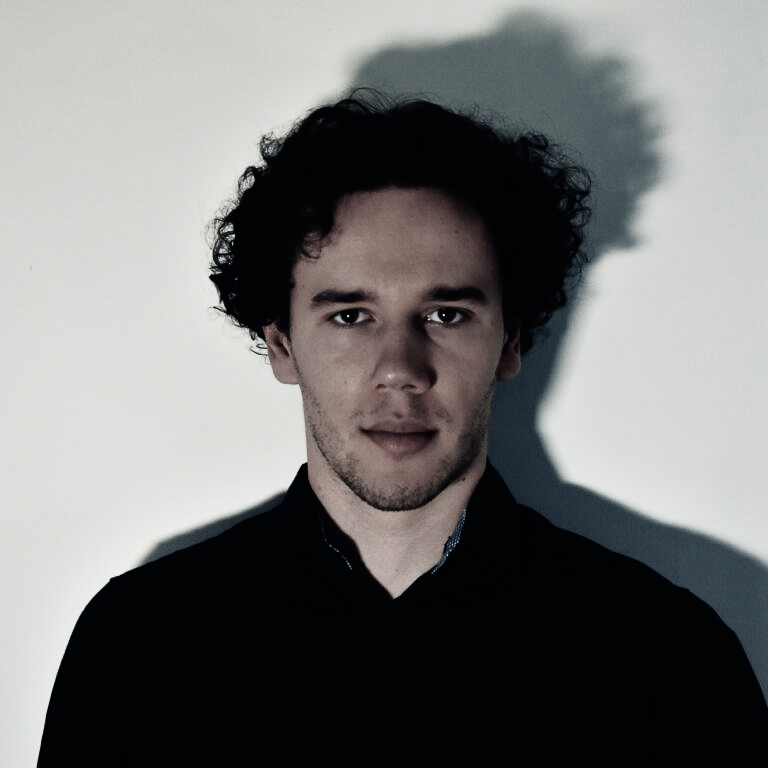 Marcin is a Polish composer for film, TV and media, based in London. He graduated in Film Music from Leeds Conservatoire. He has worked on projects that were presented on Berlinale, Red Nation Film Festival in Los Angeles(winning Best Short) and TVP, Poland’s national broadcaster.

Marcin has defined his style by blending orchestral music with electronics and traditional world music as well as inclusion of memorable melodies in his scores. 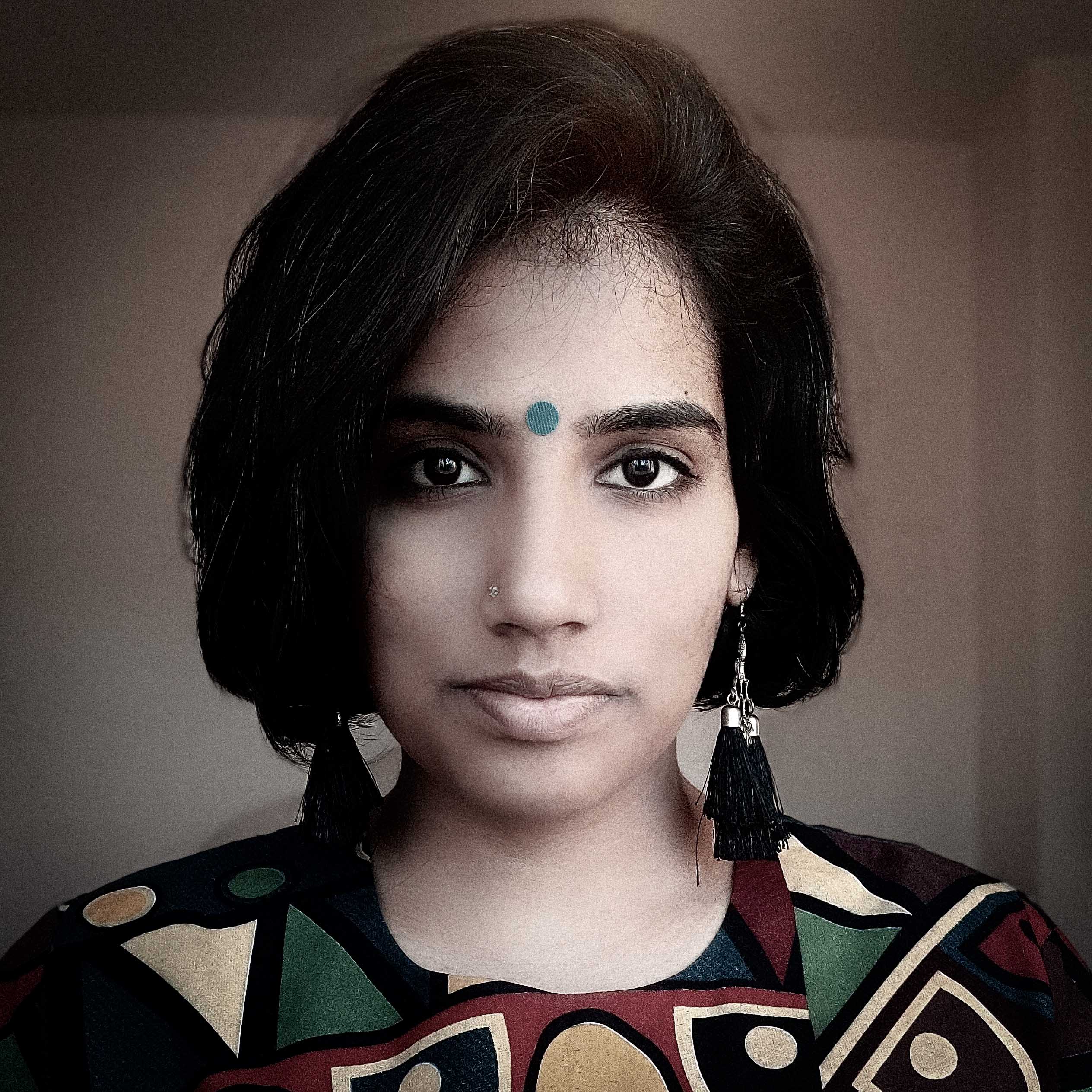 Nivitha, a production designer, is currently pursuing her master’s degree at the National Film and Television School in the UK. A recipient (in July 2021) of the prestigious Joe Farley Award that recognises emerging design talent, she initially began her career as an Architect and entrepreneur for seven years in India, before finding her calling in production design.

A trained dancer, Nivitha has been an artist since childhood and continues to passionately pursue her potential as a dancer too. Her ultimate dream is to successfully blend elements of dance and movement along with architecture, design, and filmmaking. 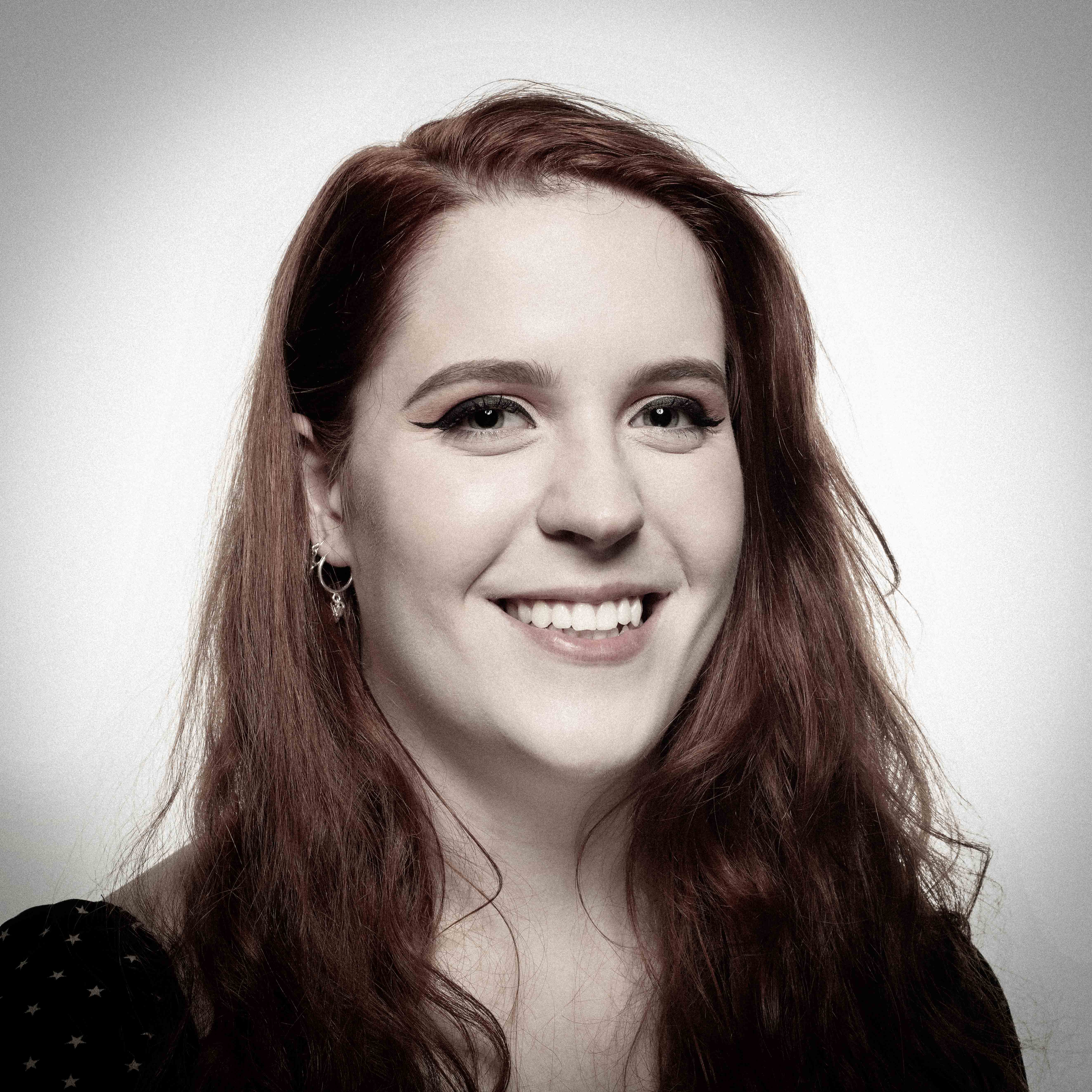 Emily Prendergast is a makeup artist and wig maker from the south coast of England. She has recently graduated from Arts University Bournemouth with a first-class honours degree in makeup and hair for media and performance, where she received the student of the year award.

Since graduating Emily has worked on a number of independent short films, whilst also doing voluntary work for the charity Little Lady Locks, which provide wigs and hair loss solutions to under 18s. In the future, she hopes to continue to work on films and TV productions, as both a makeup artist and a wig maker. 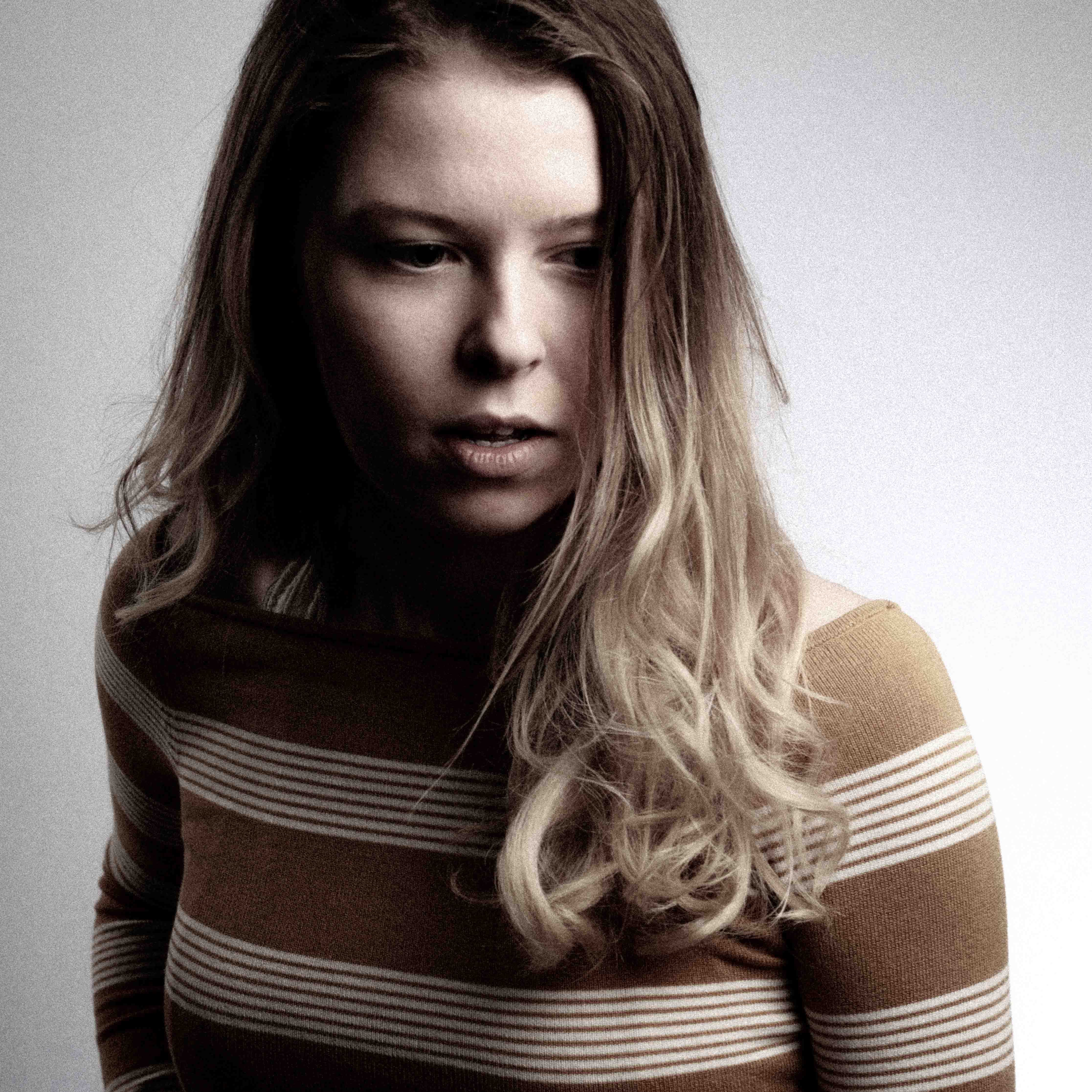 A recent graduate in BA (Hons) Fashion, Lottie is an imaginative and experimental graduate, with a particular interest in sustainable, story-telling designs. An enthusiastic, self-taught embroiderer and hand knitter with a strong eye for detail, she has experience working within numerous British luxury fashion labels including Temperley London and Julien McDonald. 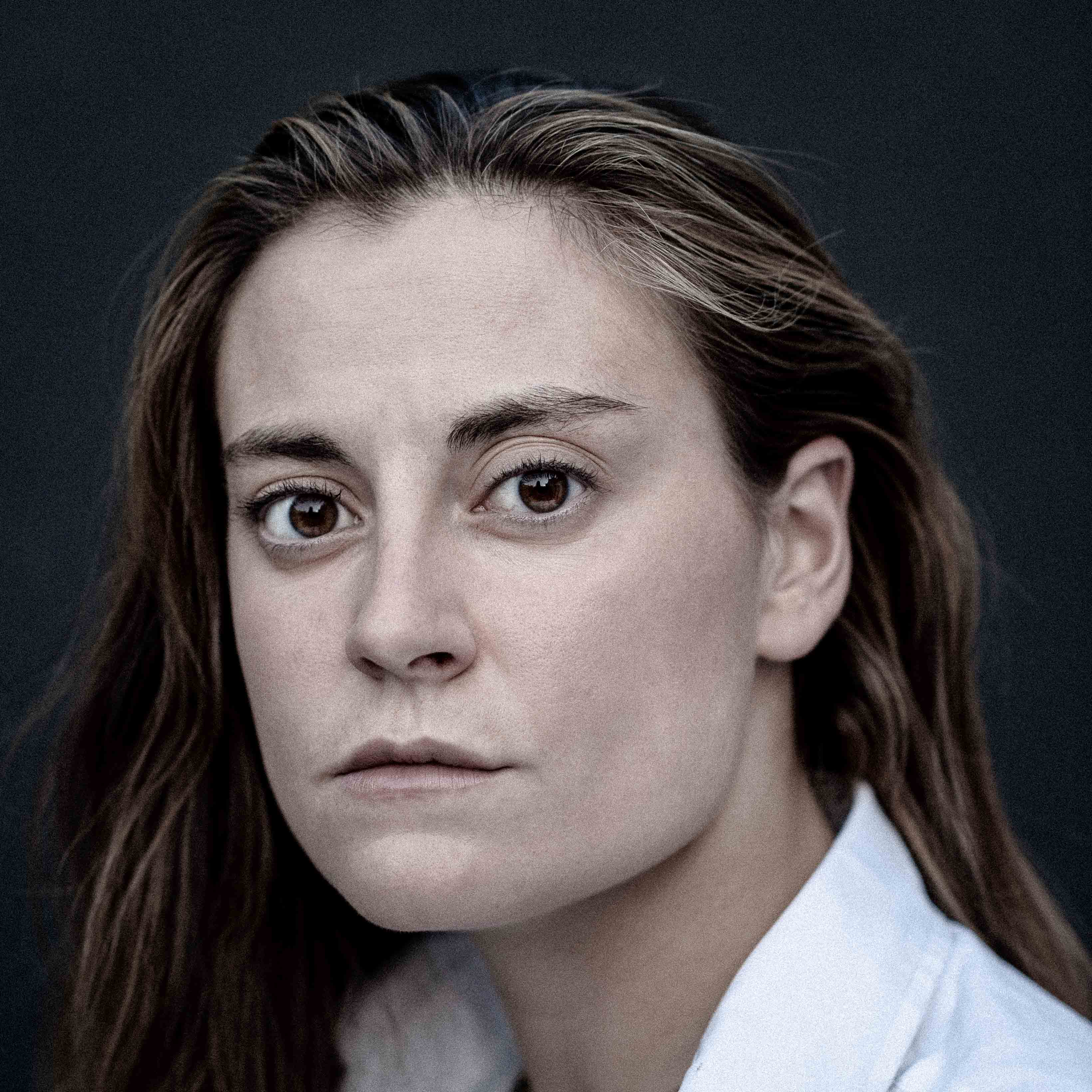 India, based in London, began her production career in live events and conferences whilst studying for her BA in Drama and Theatre Arts at Goldsmiths, University of London. Since then she has crossed tracks into film production, producing Crawford Mack’s Firing Squad music video as well as The Cathar directed by Liam Heath. She juggles her film work with hydroponic farming in Central London and her other loves: cricket, climbing, writing and acting. 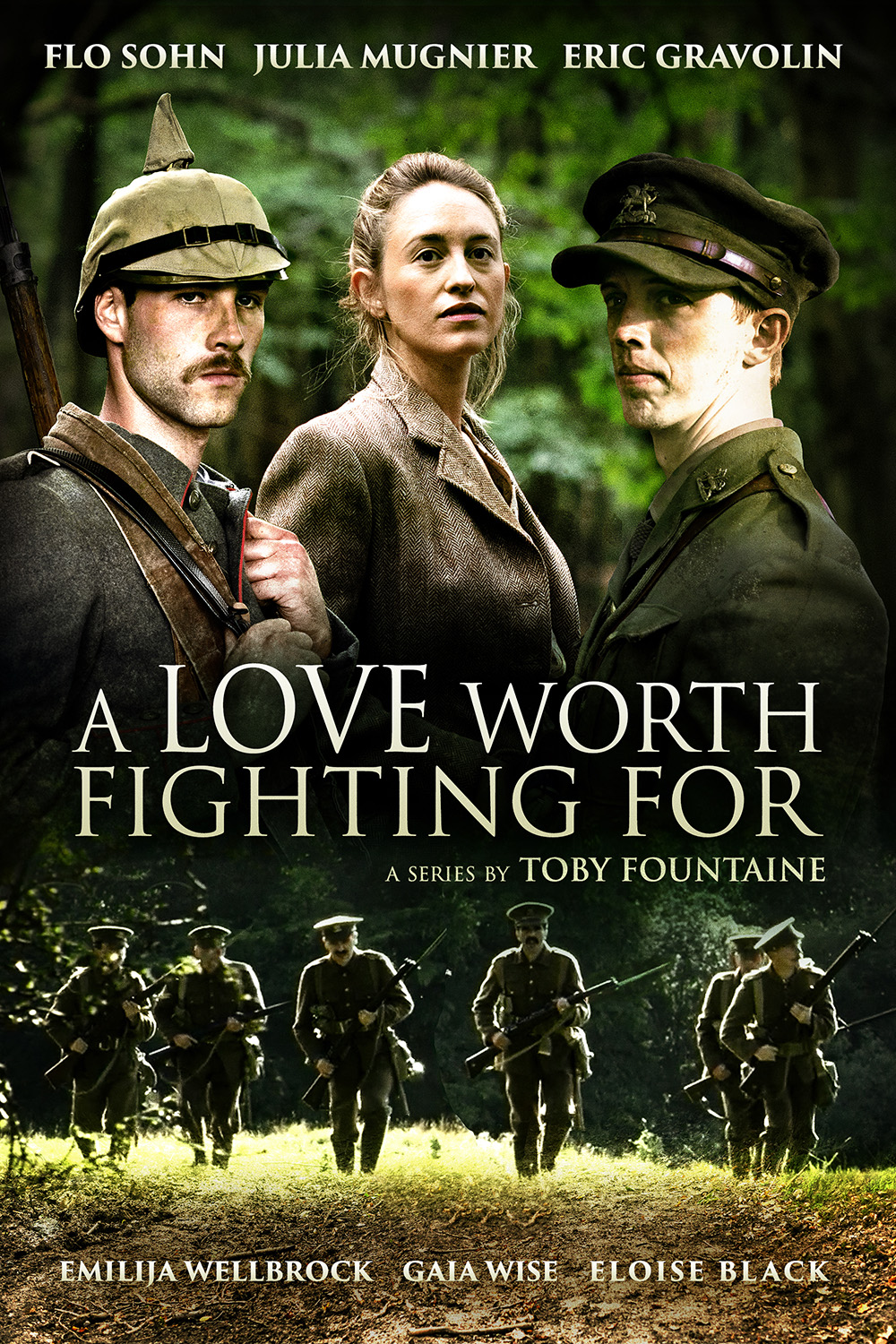